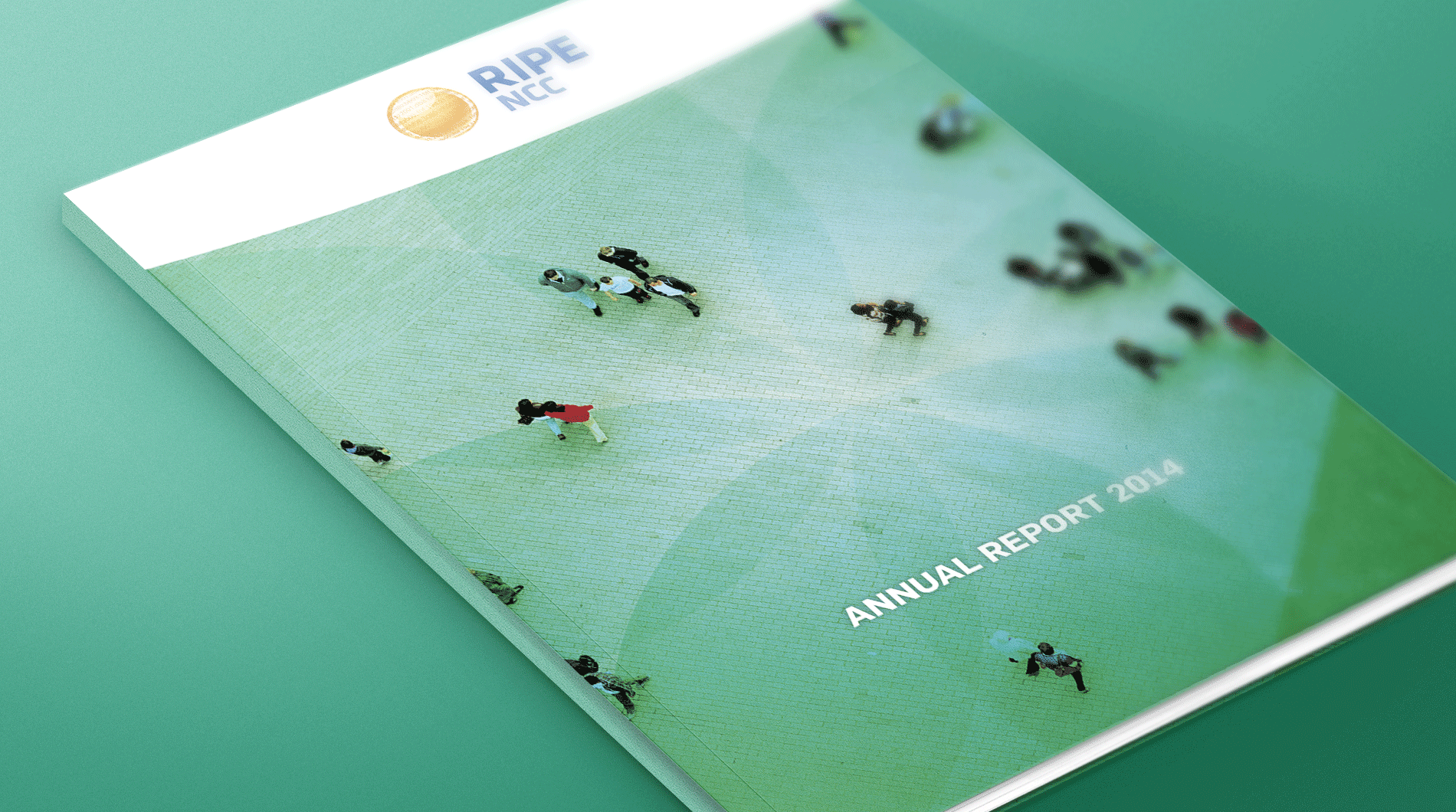 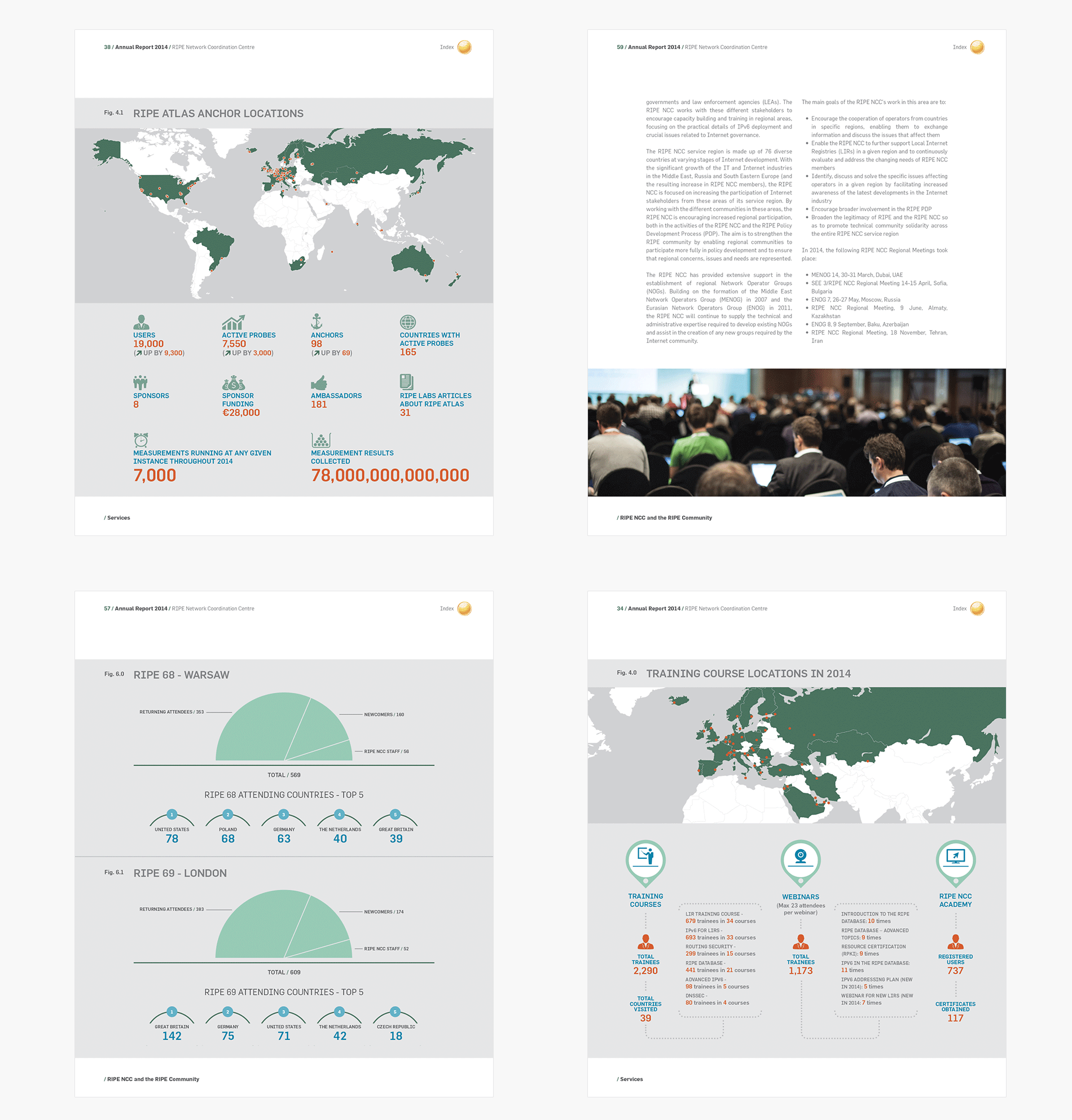 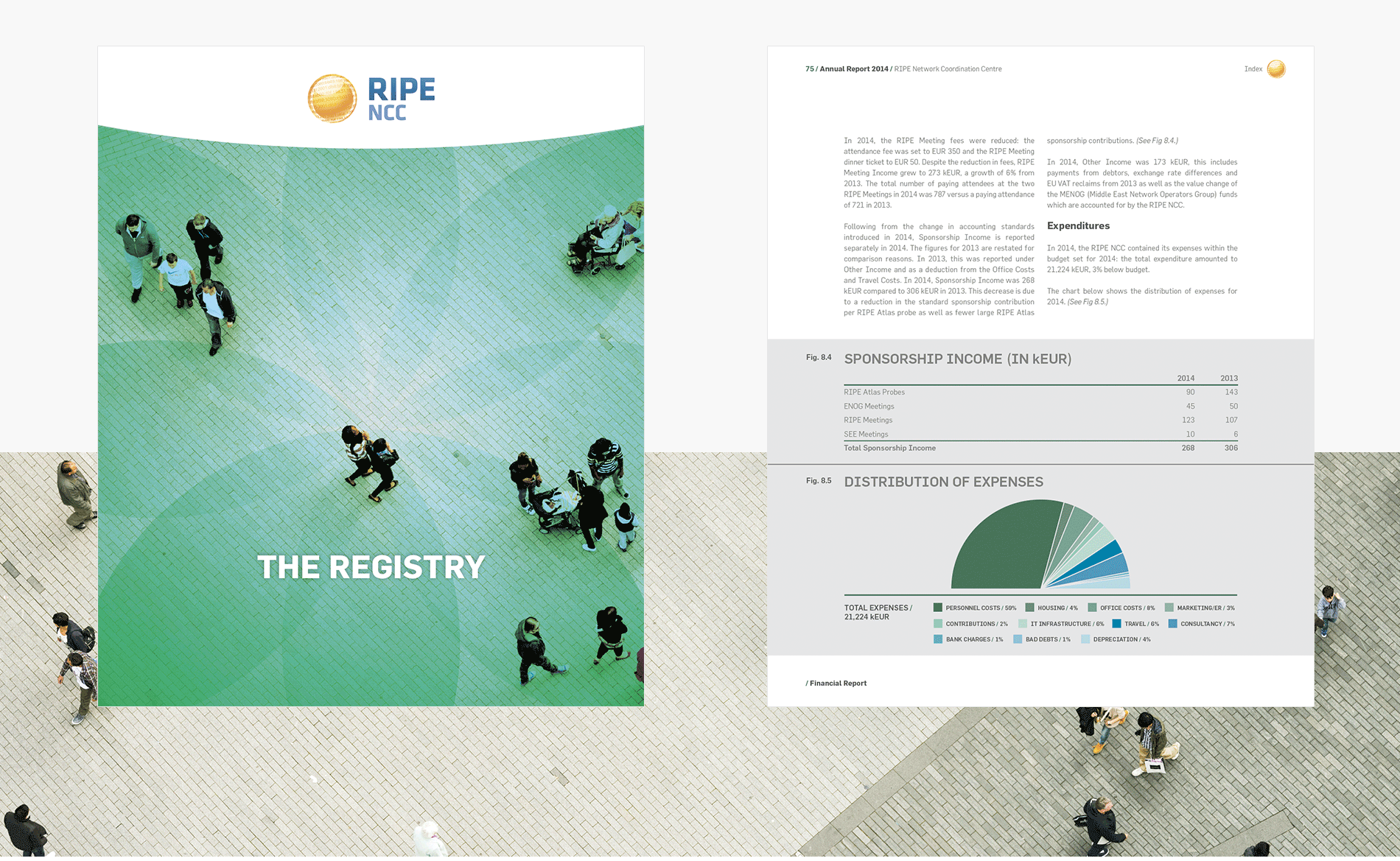 RIPE NCC is a membership organisation which core task is supply Europe, Middle East and parts of Central Asia with IP numbers. They publish an Annual Report yearly, this years theme was community and networks.

The theme was visually communicated by the image with people (community) all being part of the same image (network) while playing their own role in the organisation. Parts of the main image, used on the front cover, was then used closeup on pages to introduce a new section with the focus on a certain part of the community.

Data and facts were shown prominently to break up the technical content.